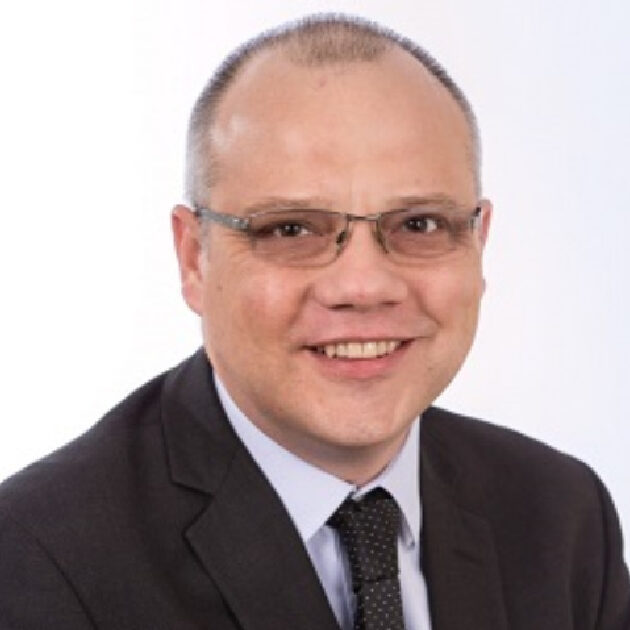 Mark joined the NHS Innovation Accelerator in 2018, replacing Malcolm Harrison as the representative Fellow for the Severe Sore Throat Test-and-Treat (SSTTT) innovation, which was supported by the NIA from 2016-2019.

Mark completed his preregistration training at the Oxford Radcliffe Hospital. In 1996, he joined Moss Pharmacy as pharmacy manager in the rural area of Mablethorpe, Lincolnshire. He went on to have a variety of roles in Alliance Pharmacy (formerly Moss Pharmacy) including professional training and Area Manager for the Isle of Wight, New Forest, Southampton and Portsmouth.

He then worked in a number of international business development roles for Alliance UniChem, looking at pharmacy development and acquisitions in France, Switzerland, the Netherlands, Norway and Italy. Following the merger with Boots in 2006, Mark was appointed Head of Strategy Development for Boots.

He took up his current role as Director of Pharmacy Contract and Project Development in Boots UK in 2009, working to support the development of the community pharmacy contracts and the introduction of new pharmacy services in the UK. This involves overseeing work to evaluate and measure the value to patients, other healthcare professionals and health economies of these services through his team’s partnerships with academics that lead to evidence being published.

Mark holds a Diploma in Clinical Pharmacy and an MBA in retailing. He’s a committee member for Hampshire and Isle of Wight Local Pharmaceutical Committee and sits on the board of Community Pharmacy Wales as a nominee of the CCA. Mark also sits on the External Advisory Board to the School of Pharmacy at the University of East Anglia.

Severe Sore Throat Test-and-Treat is designed to support with the diagnosis and treatment of sore throats in the pharmacy.